Thanksgiving has come and gone.

I did give thanks. For my husband, my kids, and my family. For my friends and for all the blessings that have been bestowed on me by God. I pray that he will continue to bless me, my family, and of course, my friends.

Frequently, I notice my kids dont seem to appreciate what they have got.

Just a few days ago, D complained: I only got to play one wii game since we got home from vacation.

And this was how the conversation went ~

D: Lucky? You must be joking. Kor Kor and Jie Jie has played so many games, and I only played one game.

(That's because she has all these make-up classes for when we were away. 3 music classes in that week alone!!)

Me: Well, at least you got to play a game. I didnt. And think of all those children who dont even have a wii machine at home. They have never even played on the wii before.

Well, that shut her up for a bit.

Then she asked me: What did you play with when you were small?

Me: 5 stones, or I drew in the sand with a branch from the tree, or hopscotch.

Me: Be happy and thankful for all that you have been blessed.

Well, my kids are lucky to have been born into a life of abundance and yet they aren't very good at being thankful for that. We try very hard to teach them. They tend to think that most things are must haves. Much as we can afford to give them all that they need and want, I feel that we have to deny them some of these.

It is easy to enjoy the good life. That doesnt need to be learnt at all. But to learn to live without some of the necessities - that will be difficult. That's why I hold the view that if we deny them things, they can easily learn to live with luxury later, if they can afford it on their own later in life. Instead of the other way around. Or they will end up being miserable. Suffer now enjoy later, I feel is the way to go for the young ones. And then they will be really grateful for what they are blessed with.

And if you are interested, here's a link on how to raise a grateful child. The best way is definitely by example.

Have you given thanks today??

And on a lighter note: 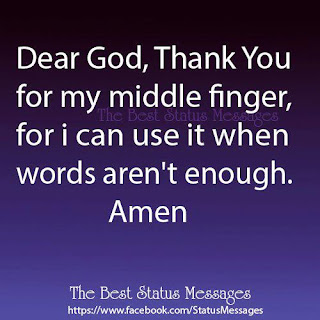 Yikes! I leave on vacation in two days, and I havent even started thinking about packing!

I used to one that will plan up to two weeks before travelling all the things I will need. Then I will start putting aside those things , going to buy those which I dont have, making sure chargers for the camera, video, are all properly charged like a day or two before the trip. Making sure I have the correct adapters for where we are travelling to, checking the 2 week weather forecasts to be sure that we are adequately prepared for what may come our way.

But for my lst trip (in June), I only started packing 3 days before travel.Finishing the packing only like half an hour before we left for the airport. Now it's two days, and I have absolutely not even started thinking of what to pack!! I can even do my online check in now!! What am I doing here instead of packing??

Either I am now more organised, more relax, less highly strung, or just ??

Anyway, someone asked me last week: Do you pack for the kids and your husband does his own packing?

Actually, No, my kids do their own packing, I just do a cursory check to make sure they didnt forget anything important (like undies!!), and I do my husband's packing for him!! "Lucky man!" was the reply I got, "what a dutiful wife." Am I?

Who does the packing in your home when going on vacation?
Posted by stay-at-home mum at 8:00 AM 8 comments:

Time to draw the line 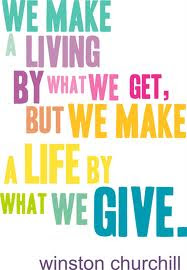 We have always taught our kids to share, and to help others.

It has been said that its better to give than to receive, and yes, I definitely agree with that.

But when one is taken advantage of, then it's time to draw the line, and put a stop to it.

Anyway, that's what I think.

This is how the story goes:

School was having a mini-carnival.

Gave the little one money to spend: $10

She spent $4 buying nachos to share with her classmates.

One friend (T) wasnt given any money by her mum.

Little one gave her $2, coz T wanted to buy candy floss.

I dont have a problem with her giving the first $2. But to keep giving?

I tried to explain to the little one that it was fine initially, but not when she kept coming back. She had to learn to tell her "NO".

Lil one had planned to go to the henna booth to get her hand henna'd. I had also suggested to her before school that day to get one of those pretty balloon flowers which she could wear on her wrist, and she was so excited about it.

But when she came out of school that day with nothing in her hands except for a cup of pop-corn I was a bit surprised.

Upon questioning, I found out what had transpired.

And when I found out that the pop-corn was given to her by another friend, I was upset. Firstly, I dont like her taking things from others. I have always told her: It's ok to share. Eat what is offered, BUT dont take any home. Apparently this girl (R) felt sorry for D (coz D didnt get to buy anything, coz her money was spent by someone else) and hence gave her what was left of her pop-corn!! Bless R!!

I have told her that parents do not give for a reason. These are kids from rich and well-to-do families. If the parent refuses to give, there must be a reason for it: either the child is not supposed to have whatever (for medical or other reasons) or the child is being punished to be denied a treat.

I pointed out to her: what would you do if T's mum didnt want her to buy candy floss because she had an allergic reaction to it. And you gave her the money to buy it and she had a bad reaction as a result?

She understood but I think she didnt really understand, coz at the end of the day she told me: Mum, I actually didnt give her money. I only gave her coupons!! @.@


So at the end of all this, my question is:

Am I teaching my child the wrong thing? (To be generous but not TOO generous?)

Should there be a limit to generosity?


On a lighter note:
A pastor explained to his congregation that the church was in need of some extra money, so he asked them to consider being more than generous. He offered that whoever gave the most would be able to pick three hymns. After the offering plates were passed about the church, the pastor glanced down and noticed that someone had graciously offered a $100 bill. He was so excited that he immediately shared his joy with his congregation and said he'd like to personally thank the person who placed the money in the plate. A very quiet, elderly, saintly lady in the back of the church shyly raised her hand. The pastor asked her to come to the front, so she slowly she made her way towards him. The pastor told her how wonderful it was that she gave so much, and in thanks he asked her to pick out three hymns. Her eyes brightened as she looked over the congregation. She pointed to the three most handsome men in the church and said, "I'll take him and him and him."