When you give your kid's friends a ride ...

... you cannot catch up with what's happening in their life.

... you cannot ask too many questions, like you do everyday after school.

... you cannot ask their friends any "sensitive" questions.

... you must pretend you are not eavesdropping on their conversation.

... you cannot sing to the song on the radio.

... you cannot swear at the next driver.


You must just try to ACT like their driver ... especially if they are TEENAGERS!!
Posted by stay-at-home mum at 5:08 PM 4 comments:

When my son was in Primary school, he was selected to be in the schools prep squad for badminton in P1. He was, so called "talent spotted" as one of those with the potential to make it to school team and was invited to train with the team under China coaches. The training was grueling and he came back with sore muscles every week after training.

At the end of P2, he was asked this time to train with the school team for track and field and was also invited to join the school's soccer team.

Soccer, being a passion of his, he opted to do it. So he gave up his spot in track and field (which on hindsight was something which he should have made him pursue instead).

That same year, I had the teachers in charge of Calligraphy and Chinese dance also calling me up telling me to enrol my son for those CCAs as having had those lessons as part of school curriculum, he was identified as one of the few with potential to go far for those. Unfortunately we had to turn them all down as we felt he was already too involved in his chess, as he was training with the National Junior Squad, something that he had been doing since he was 6, and with soccer training twice a week, there was no way he could do all that well and excel in his studies at the same time.

Actually I find it hard to believe that he is good in so many things. I think it could be because he is good at taking instructions, having had this domineering mother telling him to do many things the way SHE wants it for so many years!! Heh!heh!

well, this week he came home from school and told me that he was selected to represent his house in 2 track events. Last week, he had his PE teacher in school asking him why he wasnt doing soccer as a CCA. Like I said, soccer is his passion. He wished he could do it. But unfortunately, having DSA'd into secondary school, he has no choice but to do "that" CCA.

So, here I go wondering again. Is he really that good? Maybe, now I have to believe it. May he really is a Jack of all trades, and master of all?? NO! I will have to tell him to explain to those teachers why he is not in a position to do it all.
Posted by stay-at-home mum at 8:45 AM 3 comments:

I am sure many of us have encountered one.

I have one at home. Stubborn would be what some of us will call them.

They do what they want, never mind what you the parent have to say or think.

Would you give up what you really love to eat?

Well, she did. I picked her up after school one day, and had brought along a chocolate bar for her to snack on. She, at first, went : Yippee!

Then she told me she was going to leave it for her younger siblings, which had me puzzled.

When I queried her, she informed me that they were shown a National Geographic documentary in school which showed very young children being exploited (paid meagre sums of money) in the harvesting of cocoa. And she thinks that because that is not right, she was going to boycott chocolate products!

I tried to reason with her that cost of living over there may be super low, and what the children are paid may not be as low as depicted in the documentary, and sometimes lobbyists will do certain things to push what they want or to score political points. And I told her, maybe its better for these kids to be paid the small sums to work in the fields, earning an honest living, then to hang around street corners and be lured by drugs or even worse, into prostitution.

Nothing I said could convince her to have that chocolate bar.

I guess having a strong-willed child has its pros and cons. They are not easily influenced by friends or what others think and do. But they can be so stubborn, that even logical reasoning may not sway them.
Posted by stay-at-home mum at 8:36 AM 4 comments:

Never Judge a Book by its Cover

The chinese aliken two people who cant understand each other when talking as a chicken and a duck.

About 6 years ago, I was at school waiting to pick my kids when this gruff old man squeezed his car in between my car and another, though the space in between was really small. In the process, he bumped into my car. When I got out to inspect, he went "Moh see! moh see!" which means "Nothings wrong!" in cantonese. Of course I was a little pissed, but seeing no dent on my car, I just let it pass, and was always weary whenever I saw this gruff old man's car whenever it approached.

Fast forward 6 years and this same old man, who still comes to school pick his grandchildren has become a "friend". He is a little hard of hearing, speaks no english, a smattering of mandarin, and hardly any hokkien has been telling me his life story!! As some of you may know, I speak no cantonese and understand only basic mandarin. So when we communicate its like a chicken talking to a duck.

You see, I go quite early to school on most days just to ensure a decent parking lot which would enable me to get out of the school zone as quickly as possible. And being early, I talk to some of the other grandparents and parents who go early too. This old man, is friends to some of the others whom I talk too, and naturally, we just hang around and make small talk.

One day, he shared with me his life story, with my MIL helping to interpret some of the parts I couldnt understand.

His mum died when he was 9, and he was left to fend for himself, as his dad was a seaman, whom he only saw no more then twice a year. As such he was forced to leave school. With no food on the table at home, and no one to watch over him and his siblings, he was forced to find his own food. He went out to work just for food.

Being small and scrawny, many laughed at him. He was lucky that where he stayed, there were lots of samsui women, who took pity on him and shared their food with him. He did any work that came along and in time managed to earn his keep.

He now owns a condo apartment in district 10, a prime district in Singapore, which he bought paying in cash ... which resulted in him being fined for tax evasion! You see, all along, doing odd jobs, he just kept what he was paid, paying no tax.
He is a father of 4 kids and 12 grandchildren, and a doting parent and grandparent to boot. This man is a heart of gold. He wakes up at 4am every morning to do the laundry, and single-handedly cooks and ferries all his grandchildren to and from school.

This past December, he braved the cold, and language barrier and made a trip to Japan just to check on his daughter. He had told me that his daughter had not come home for some 4 years and was again not coming home this year. Married to a Singaporean working in Japan, he wanted to make sure that everything was in order for his daughter, and that she wasnt facing any problems with spouse or anything else, so he made the trip just to check on her wellbeing! (When he told me this, it brought a tear to my eye, coz it really shows his love for his child!!)

This is one man that will help anyone if within his ability. One day another parent had a tyre puncture, but was unwilling to get it replaced as she was going to change her car in another 3 months. Instead she had it patched. He had inspected it, and thought that the patching wasnt going to last her the 3 months. The next day, this man had used his contacts and came with a spare tyre just for her. And whenever anyone has any problems with their cars, he would always assist by checking it out as he had worked at one stage in his life as a car mechanic.

For someone who has never gone to school, and had such a hard beginning he has really done well. A man with a heart of gold. I now have new-found respect for him, tho' I still can barely understand him when he tries to share with me more of his life stories! AND I am still weary when he parks near my car.
Posted by stay-at-home mum at 8:34 AM 1 comment:

Many parents swear that they spend quality time with their kids. And for working parents this is usually only a short period of time between work and meals and any other things that occupy their time, which they can squueze into their day. 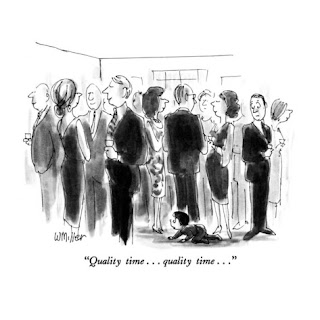 I dont know if its me or my kids, but quality time doesnt work. For us, or me rather, I think I need QUANTITY time. Lots and lots of it, and from this quantity time, hopefully some of it works out to be of great Quality.

Recently, when I engage my children, especially the teen and soon-to-be teen, I may not get a response from them. You want to spend time with them or do things with them, and they dont respond. They rather do things by themselves. They dont want to talk or discuss things either. The moody teenage years with raging hormones? Most likely. 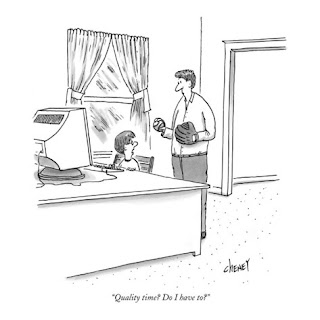 So how can limited quality time work? Impossible, in my opinion, coz we need to catch them in the right frame of mind and mood. We need quantity time so that when they are in the talk and do mode, we are available to do it with them, and hence getting some quality out of it.
Posted by stay-at-home mum at 7:26 AM 4 comments: