My kids are funny. If they dont like something, they wont eat it ... at all!

Even cooked with other stuff, they will just not touch it!

Last evening, I offered my daughter tang hoon soup, (glass noodle soup) and I offered my son fishball soup. They both agreed to have their respective soups, and drank up every last drop in their bowls.

Fortunately they did not look into the pot, or they would not have drunk it at all.

Why? Becoz the soup cooked was actually tang hoon with fishball soup. My daughter doesnt like fishballs cooked in soup, and my son hates tang hoon.

So it is true, a soup by any name tastes just as delicious ... just as long as my kids dont know what goes into it!! AND what they dont know wont hurt them!!

This is just one of the things a Mum has to do just to get her kids to eat!!
Posted by stay-at-home mum at 7:43 AM 5 comments: 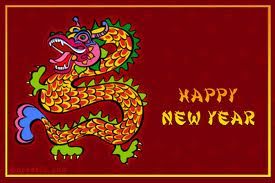 The year of the Water Dragon will dawn upon us in a few days.

Preparations are on the way. The Chinese have many traditions and customs, which, if I werent living with my Mother-in-law, I would probably not observe all of them.

The Ang pows will be wrapped on the eve of the lunar new year by my hubby. The kids will have to be reminded that there must be no quarreling on that day. I will have to remind myself that I am not to be shouting at the children. No sweeping of floors on the fist day in the morning. All sharp items to be kept (which reminds me, better remember to remove all the tags from the new clothes and ensure all buttons are properly secured).

Looks like we are more or less set for the Chinese New Year. I only have to get ride of this nasty sore throat and stuffy nose and I will be all set.

Wishing you and yours a blessed Lunar New year, filled with lots of love, laughter, joy and feasting!

Will you answer when I come a calling?

In this day and age, many churches, especially the catholic churches, are seeing less and less people joining them as clergy. Will you answer if called? Many would not. Not with having to take a vow of poverty, chastity and obedience. Many are simply too consumed with consumerism, and the me, I and NOW. And with smaller families, many with only one or two children, many parents are also unwilling to give their blessings should their child choose thus, for fear of the family name not being carried on.

I have a younger cousin, whom since he was 3, everyone in the family somehow thought he would end up a religious. And lo and behold! We were right!! This very same cousin, now in his mid 30s answered the call. He has been with the major seminary here for the past 8 years with 2 years spent in the Philippines for faith formation.

He made his Solemn Profession last Saturday and is now a full fledged religious. All praise and thanksgiving to the Lord!

And I thought maybe it was co-incidental that last Sunday's 1st reading in Church was from Samuel: Sm 3:3b-10, 19:

At that time Samuel was not familiar with the LORD,
because the LORD had not revealed anything to him as yet.
The LORD called Samuel again, for the third time.
Getting up and going to Eli, he said, "Here I am. You called me."
Then Eli understood that the LORD was calling the youth.
So he said to Samuel, "Go to sleep, and if you are called, reply,
Speak, LORD, for your servant is listening."
When Samuel went to sleep in his place,
the LORD came and revealed his presence,
calling out as before, "Samuel, Samuel!"
Samuel answered, "Speak, for your servant is listening."

Samuel grew up, and the LORD was with him,
not permitting any word of his to be without.

Get your shoes from the fridge

Haha! Yes that was what I told me daughter this morning and all the kids were shocked.

Do I keep shoes in the fridge? NO! of course not!

We had freakishly wet weather over the weekend. And guess what, her school shoes didnt dry on time for school today.

So, what I did was put her shoes under the fridge coz it is quite warm over there, hoping that the heat generated by the fridge would dry her shoes in time for her to put them on for school. (yes, I forgot to buy her a new spare pair of shoes).

So, I told her to get her shoes from there. Guess, I should have been more specific by saying: Get your shoes from under the fridge!

Well, that's the household tip I wanted to share: if the shoes do not dry in time, put them under the fridge. A half hour would make them really crisp and dry. :D
Posted by stay-at-home mum at 7:43 AM 8 comments:

Different schools officially welcome the children into their school in different ways. Many of them have an orientation camp followed by a concert to mark their entry into secondary school.

But one that I have found really meaningful is the badge pinning ceremony.

It is something new which my son's school implemented this year. It could be becoz of the new principal.

It was a touching ceremony as parents were invited for the ceremony. A parent pins the badge onto their child's shirt whilst the principal reads out the "welcome" - the meaning of the school motto, what the badge represents, what the school hopes the boys to achieve, with soft music playing in the background. Emos will definitely tear as such an event.

It was like with this ceremony I have now entrusted my son to the school to mold into a scholar, an officer and a gentleman!

When my daughter was in Secondary school, there wasnt such a ceremony. Hers was the usual camp and concert. But this year, her school has also implemented this badge pinning ceremony. Instead, the Sec 4s pinned the badge for the sec 1s, as a welcome, and sort of "I hope you follow in my footsteps" kind of thingey. Just as meaningful, I find, coz the most senior in the school, were doing it for the newcomers. Of course some of the older girls were afraid that they would accidentally "poke" the girls whilst pinning the badges, as they have never done it for others before. I am glad to report that no accidental "stabbings" occurred during the ceremony! Just too bad that parents (of the sec 1s) were not involved and were not able to witness the touching event.
Posted by stay-at-home mum at 6:55 AM 2 comments:

We were thinking on whether to allow our children to drink or not.

Well, we thought about it and came to the conclusion that when they are much older, they would be nothing much we would be able to do about it, if they wanted to drink.

We decided that we were not going to stop them coz then the forbidden fruit would even taste sweeter.

We also decided that if they were going to drink, we would prefer them to have their first in our presence, with our blessings, then we would be able to advise them as necessary. And also to see how they handle their alcohol.

On Christmas eve, a friend's son was introduced to the world of whiskey. He got to try 4 different types all of different alcohol content levels. I must say that young man held his drink very well.


I am not much of a drinker. I can sip a glass of wine or at most two. A sip of brandy is all I can stomach (just to keep warm!), or a dash in my sharks fin soup. No beer nor whiskey for me. Husband drinks wine only. No hard liquor nor beer.

My girl indicated interest in wine, but did not have any that chritsmas eve night.

Instead we decided that New Year's day was a day as good as any to let her have a sip of that poison. Hubby opened a bottle of Krug 1988 champagne, and my eldest had her first sip. She was taught to admire the little tiny bubbles floating up in unison before drinking.

She was told not to be in a hurry to drink, and to take small sips. She was also advised that if she wanted to drink, drink only the "good" stuff, as bad ones can make you drunk!! (Haha! dont know if there is any truth to that! But hopefully the cost would deter her from drinking too much in the future)!!

Well I must say she enjoyed her first introduction to alcohol. She didnt turn red. She also learnt some "technical" information about champagnes, and the various names they go by. She was also given a wine encyclopedia for her to read up on how champagnes were made!

Thinking back I am just wondering if we made the correct decision of "only the good stuff". The good stuff are usually easier to drink, and thus would go down better. But would that make them think that since its so good, they want more?

Or should we have just give them the bad stuff - wines that are too young and thus tannic, and thus more difficult to drink? or old wines that are so old and badly stored that they have turned into vinegar. These would definitely put them off wine completely that they would never ever want to touch them again? That way, I would never have to worry about my kid getting drunk!!
Posted by stay-at-home mum at 7:41 AM 2 comments: